Alpine Exploratory's Blog - Reports from our recces, and more


(Simon writes:) I spent a couple of days in the West of Switzerland, to add to our APR routecards. There was a short spell of sunny weather. In its last 3 stages the APR passes through French-speaking Switzerland. The destination is Montreux, the sunny town on the shore of Lac Leman. 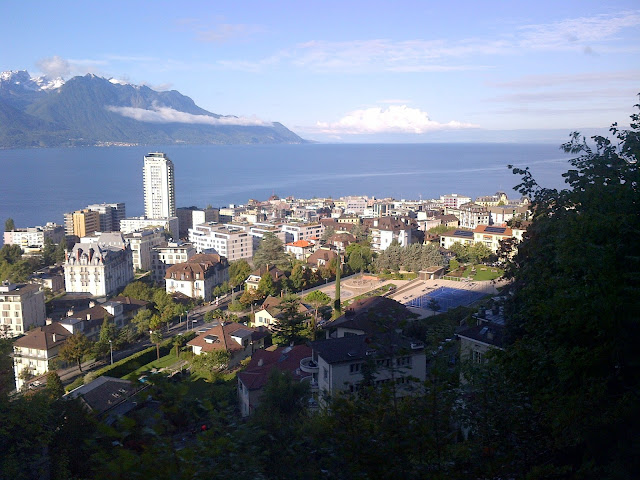 The train climbs up from Montreux, steeply, to the Rochers de Naye. This is a local summit. The funicular railway is useful to the APR, being a link to Montreux from half-way through the last stage. 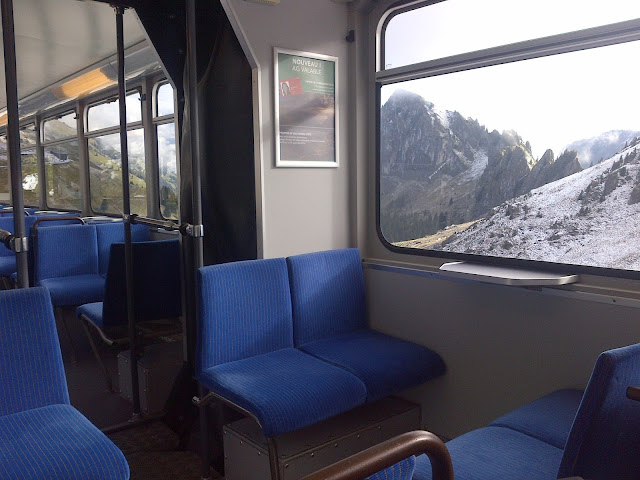 Unexpected snow as we near the top! 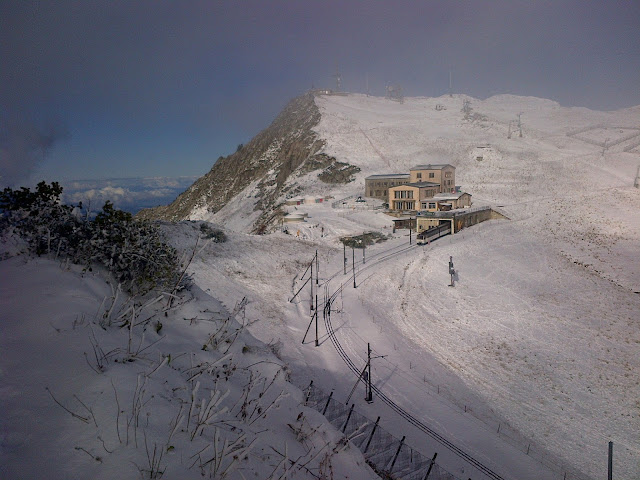 The station of Rochers de Naye with the summit beyond. There is a good viewpoint at the top. The buildings house a cafe. 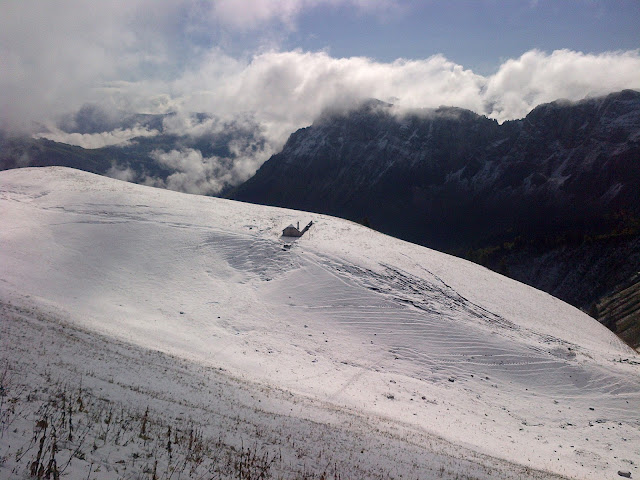 A hut on the way down. 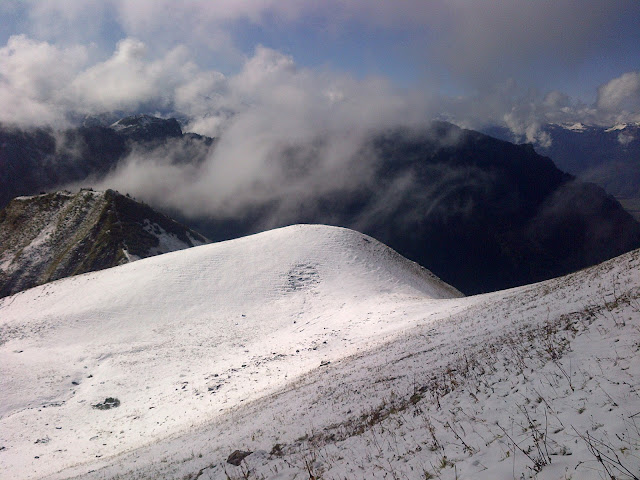 Cloud mills about the snowy slopes. The snow was not deep and soon gave way to grass. 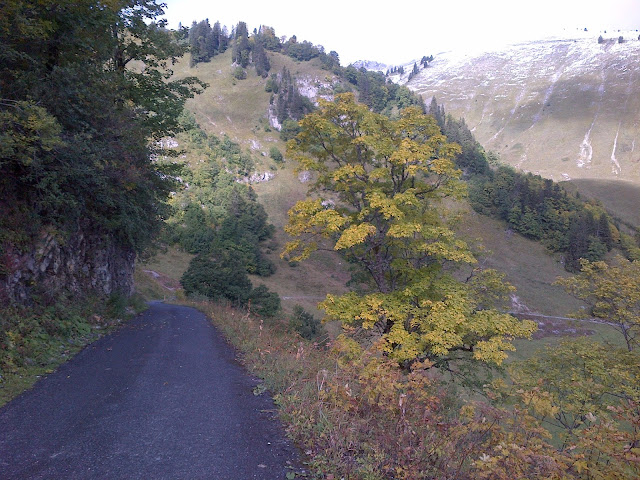 Colours of Autumn are showing now that it's late September! 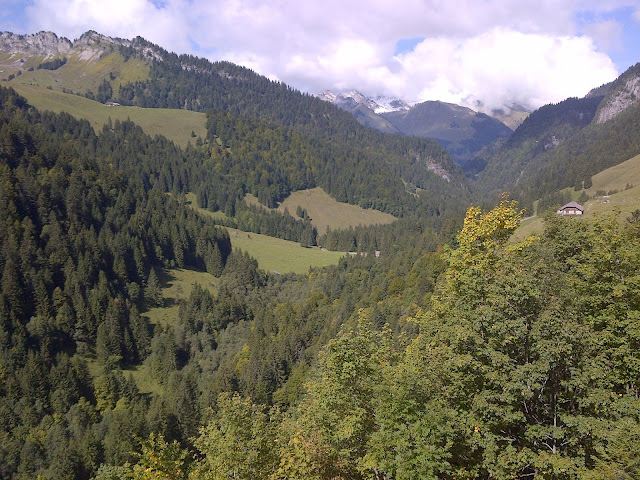 The last stage of the APR is a cross-country day. 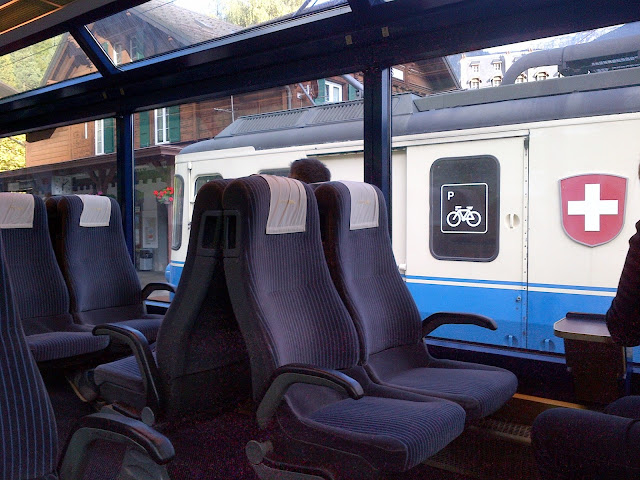 I reach Col des Mosses and, after some blueberry tart at the hotel, take the bus to Le Sepey, train to Aigle, train to Montreux, and then the super mountain train to Chateaux d'Oex. 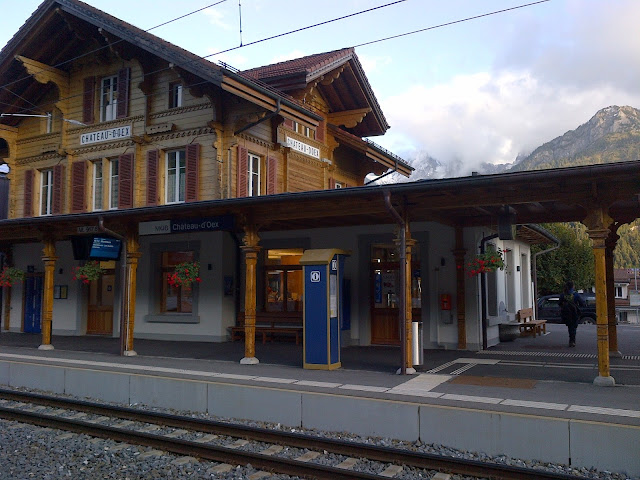 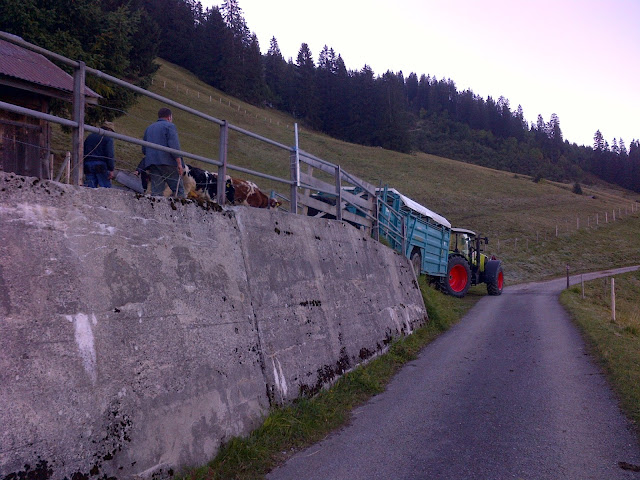 The next morning, back at Col des Mosses, walking up to the pass. Farmers are bringing their cattle down to lower pastures. 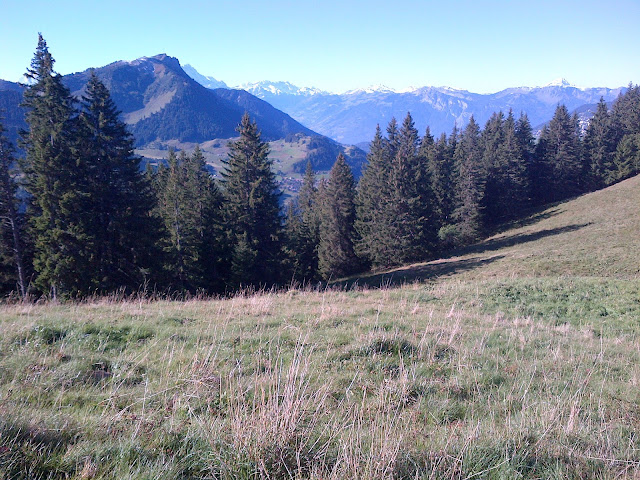 The rolling meadows of this part of Switzerland. 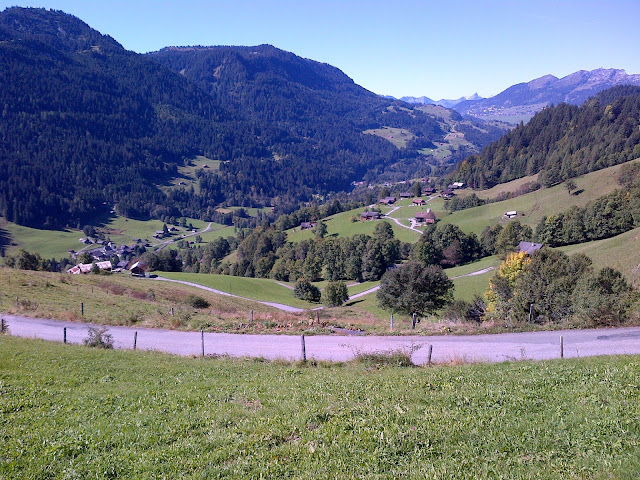 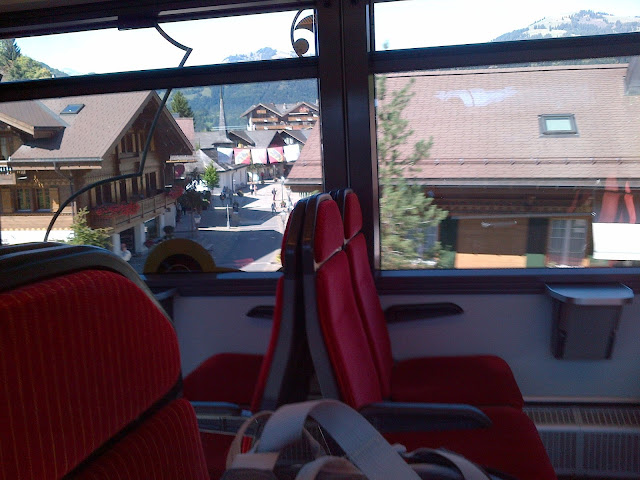 The bus connects to Gstaad over the Col du Pillon, where I joined the train to Zweisimmen. 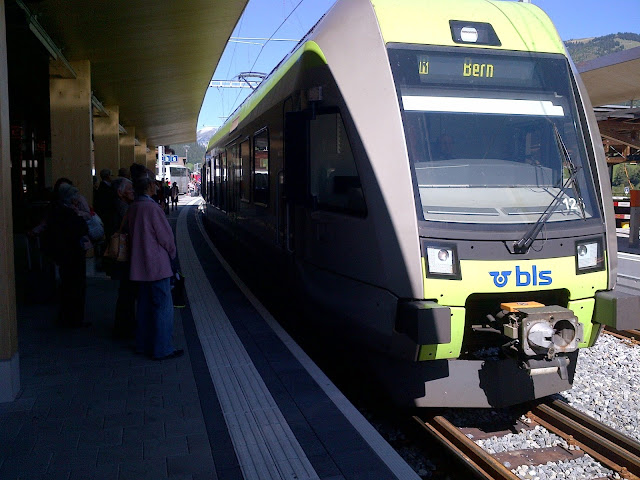 At Zweisimmen I take the train to Bern. 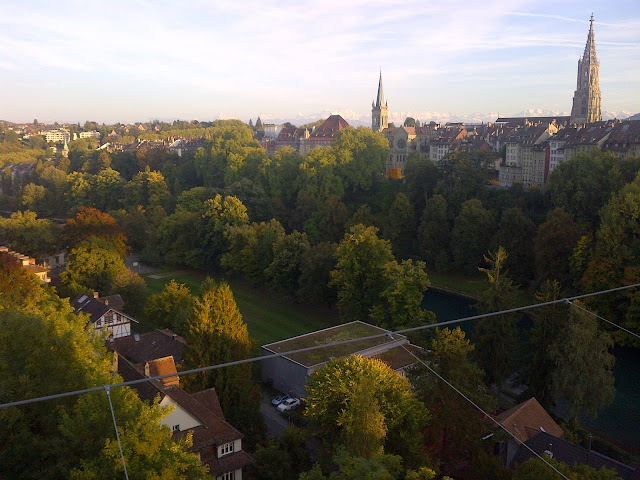 Bern, from one of its bridges, with the Alps just visible beyond. The town centre occupies a tight site in a bend of the river. 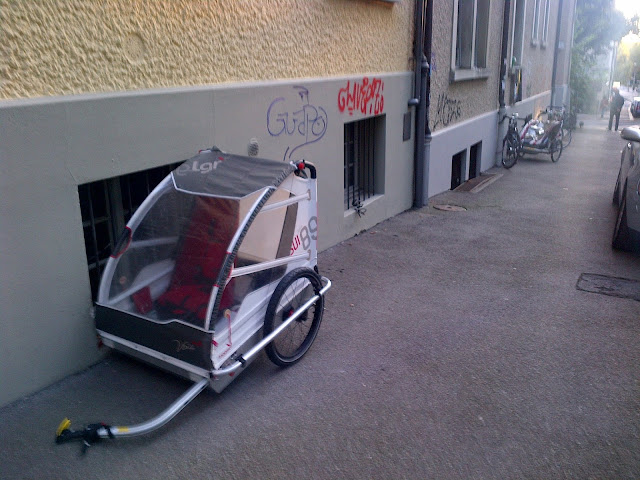 Bern's residential streets, over the river, are as interesting as the centre. Life is relaxed here. Strangely there is plenty of graffiti. Residents leave their bikes and baby carriers on the pavement. 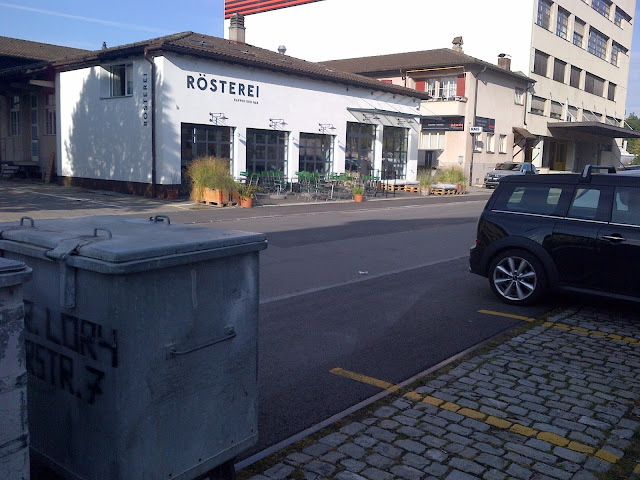 The next morning I set off to find Rosterei, one of Bern's coffee shops. Past warehouses in a residential-industrial area, here it is! 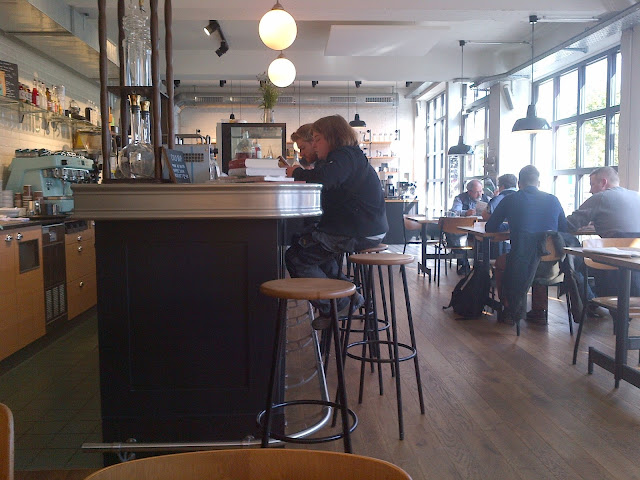 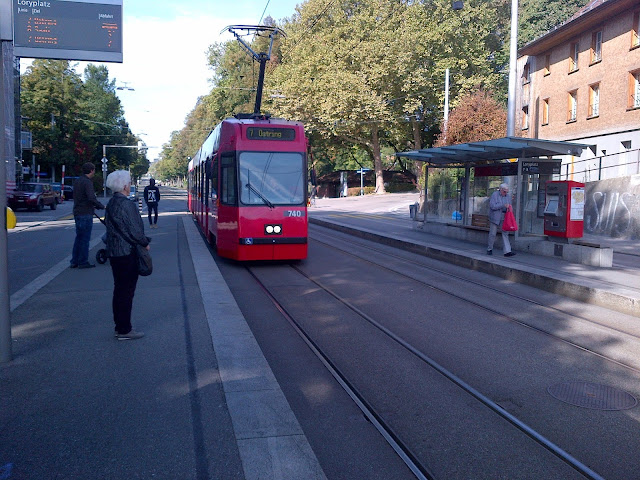 Bern has a practical tram network. The APR is within easy reach of all the big Swiss towns: as well as Bern, an obvious first city would be Zurich, with Geneva or Lausanne at the end of the trail. We advise on these options in the Travel Notes sent on booking.

More from the blog